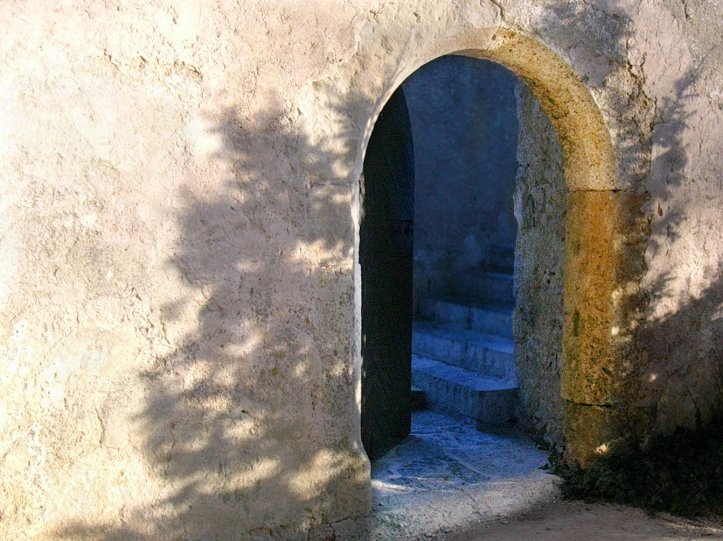 The 5th of my original posts on my experience in writing my first book and the journey that God took me on in the process:

The funny thing about the doors that God opens (in my life, at least) is that they never come with a bang.  They’re never big, awesome, public displays.  They don’t normally look like the type of thing that should blow your socks off. In fact, most of the time they begin in the most mundane and ordinary of ways and at the most unexpected of times.  In this particular journey, after six months of nothing, the last thing I was expecting was to see a door suddenly opening in front of me. But it did – and it all started with the most ordinary of occurrences – it started with a conversation.

I was talking with my pastor and a few other people at a our weekly women’s Bible study. We were discussing a wonderful blog that’s written by our bishop’s wife and published on the church website, and my pastor mentioned that she wanted to find a way to turn it into a daily devotional book.  As soon as she said it my ears perked up.  The conversation continued around the topic – discussion what it would take to make it happen. “We could have it bound at Staples” was one comment that was met with some enthusiasm, and I suddenly realized that no one else in this little circle understood how doable this project was, or  how quickly or professionally it could be completed.  What’s more, they had no idea that I knew exactly what needed to happen to see it become a reality.

So I started telling them about ISBNs and print-on-demand technology and a few of the other nuggets I’d discovered in my research.  I think some eyes started glazing over – and I don’t blame them, I was in total nerd-mode and probably making absolutely no sense to anybody but myself.  It wasn’t long before we moved on to another topic of conversation (coffee, I think).  But I went home that night with the absolute assurance that this was something that I could do. And so I sat down that night (and for many nights over the four weeks that followed) and set to work “creating” this book.

It was so liberating to be working on something that wasn’t my own writing – the freedom and the joy that it gave me was frankly surprising.  And as I worked on the book I found myself diving back into my research on publishing. I went back to re-learn everything about what makes a book good (and it’s so much more than the writing!)  But this time around my mind was like a sponge.  I just couldn’t get enough.  My brain was whirling around at a mile a minute, filled to the brim with a wealth of new information.  And the best part was that I had a project waiting for me – one that allowed me to put into practice every single new tidbit of knowledge that I came across.

It took several weeks to do all of the editing, formatting, and layout work.  Who knew that font selection and line spacing would become so important to me?  But finally it was done.  I surprised my pastor with a pdf of the final product (she didn’t know I’d been working on it) and then I waited for … well, I didn’t really know what.

The funny thing was that with all of the work that I’d poured into this project, I had no defined expectations of what would happen as a result.  I hadn’t even thought about who might see it or what they’d think. I’d just worked on it for the sake of working on it.  It was something that I could do for my pastor, for her pastor, something that might bless them or help them.  And it was something that I knew that I had the resources to complete.

Sitting back when it was over, waiting for whatever response this little project was going to receive, I marveled at the way that God had orchestrated this whole thing.  The story was far from over, and my biggest breakthroughs were still on their way.  But in that moment I felt so blessed.  I saw how God had orchestrated the past few years of my life in order to prepare me to complete this task.  I suddenly felt as though everything was clicking into place.  God had set me up to pick up all sorts of obscure and practically useless knowledge along my way, because He knew full well that the day would come when I would have the opportunity to put that knowledge to use for His glory.

But isn’t that so like God?  He knows the task that is waiting for us 1, 5, or 20 years down the road.  He knows the tools we will need to be successful.  And He is so faithful that He provides us with those tools often long before we even realize that we need them.  The junk that we’ve collected over the years – the experiences, the trivial knowledge, the random expertise that seems completely useless … all of those things are given to us by God for our benefit and for His glory.  He is the grand designer, and He knows every tool, every cog, every instrument that we require.  He isn’t IKEA.  He doesn’t leave us with extra pieces at the end of our journey.  He is precise, He is exact, and when the pieces of our lives begin to fall into the pattern of His plan … well, it’s a breathtaking thing to behold.

Ok, I've done enough talking - what do you have to say? Cancel reply

Looking for Something Specific?